How to Train a Lorikeet 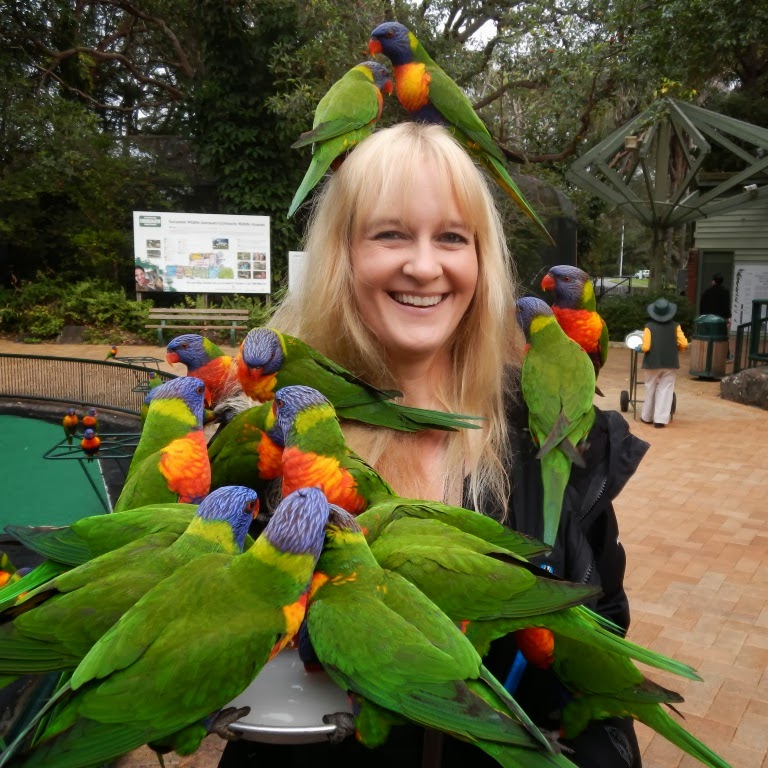 Lorikeets are a bit different from other parrot species. This means there are a few things you will need to consider when training your lorikeet. One of the main things to think about is what lorikeets like to eat as a treat. Many lorikeets like certain kinds of fruits, like bits of grape or apple. Be sure to use tiny pieces. Lorikeets are very small and can get full very fast on a large piece of fruit. Try to make your pieces of fruit no bigger than a grain of rice. Also expect a little bit of a mess if you plan to use fruit to train your lorikeet. This is because sometimes lorikeets like to suck the juices out and leave behind little bits of the fruit. It can get very sticky on your hands.


A nice way around the mess is to use something else that lorikeets love, nectar. You can buy a powder nectar mix and add water to it. There are also some recipes to make your own version of lorikeet nectar. Check with your veterinarian, breeder or zoo professional who knows about lorikeet diets to make sure your recipe is healthy. If nectar is not an option, you can also try a small amount of fruit juice. Try to look for pure organic fruit juice. Apple is often a favorite.

When you are ready to train, use a small syringe to suck up a bit of nectar. You don't really need to press on the plunger, when you want to offer your lorikeet a taste. You can have a small drop hanging off the tip, or simply let your lorikeet stick his tongue into the syringe. It's important not to press hard on the plunger when you're ready to give your lorikeet another taste. You don't want to accidentally shoot fluid into your bird's mouth. When this happens sometimes liquid can get into the lungs, which is not healthy for your bird.

Let your lorikeet have just a few licks every time you want to give him a treat for good behavior. This is the same idea as offering small bits of fruit. You don't need to give big giant treats every time your parrot does something that you like. Just a little taste is sufficient.

Many lorikeets are quite curious and will often investigate a syringe right away. It is usually easy to get your lorikeet to drink nectar from the syringe. Once your bird is doing that, you are ready to train some behaviors.

Even though lorikeets are small, they can learn all the same behaviors that other parrots are trained to present. This can include targeting, flying to your hand, turning around in a circle on cue, andretrieving an item. Because lorikeets often hop, I think hopping on cue is a fun behavior to train them to do. If you are using a syringe to deliver nectar during training, you will find your lorikeet will learn to orient towards it just like the target stick. You can use this to help train behaviors like turning around in a circle or hopping onto a scale.

Lorikeets are often considered to be the clowns of the avian world because they are so playful. These are birds that are always on the go and eager to explore and investigate. These qualities also make them great candidates for training. I hope you get the chance to train a lorikeet. It is guaranteed to be fun!


Barbara Heidenreich has been a professional animal trainer since 1990. Her company Good Bird Inc (www.GoodBirdInc.com) provides parrot training DVDs, books and workshops. She has been a featured speaker in twenty countries and has been published in nine languages. Barbara also consults on animal training in zoos.

Posted by Barbara Heidenreich at 6:00 AM 4 comments: 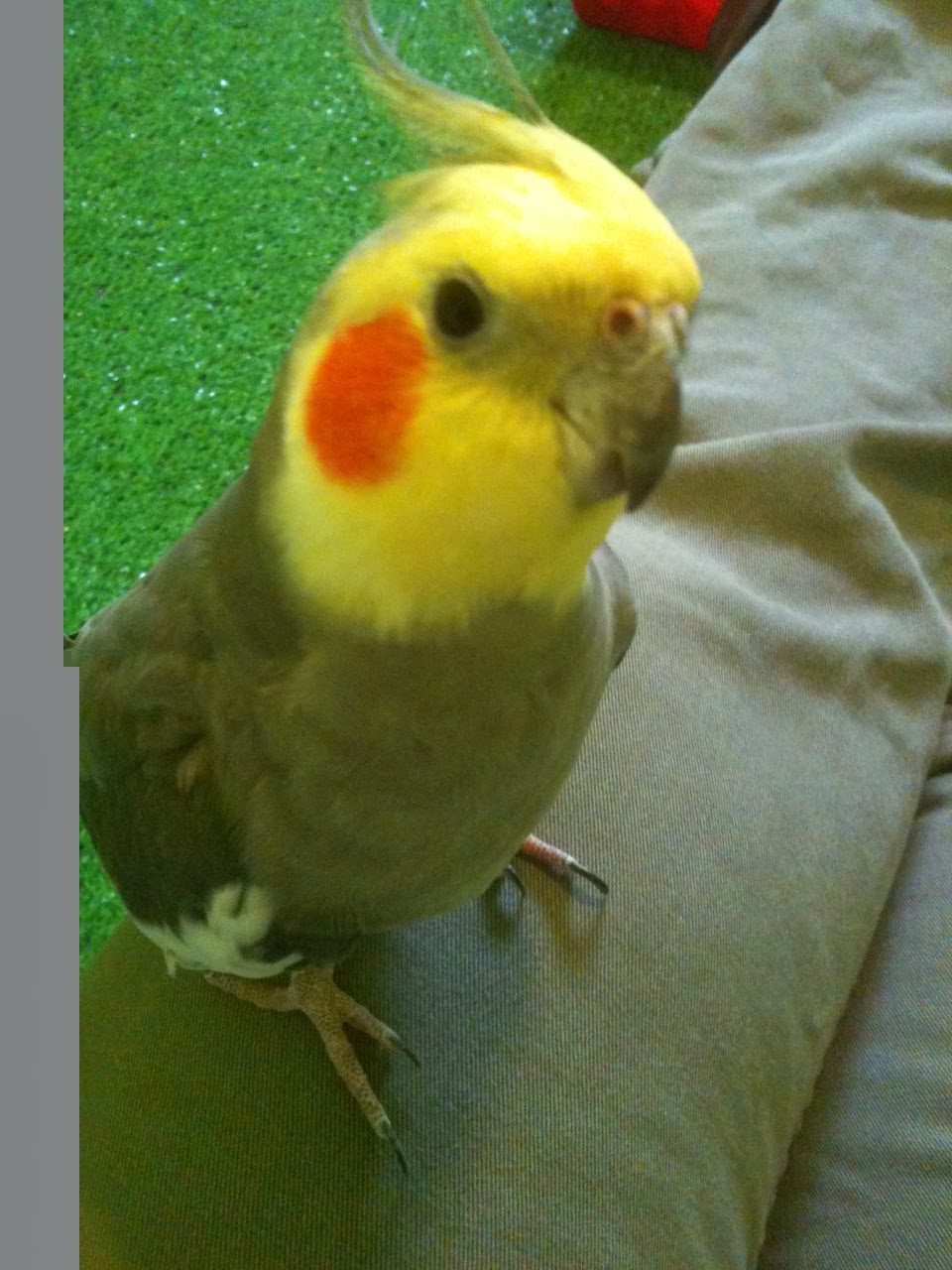 Most of the time parrots are a lot of fun. But sometimes they do things humans find annoying. This can include refusing to go back into their cage, biting and screaming for attention. Parrots aren’t hatched with behavior problems. They learn through experience to do certain things to get desired results. For example if a scream causes people to come running into the room, a parrot can quickly learn to vocalize loudly to get attention from his favorite people.

Most parrot behavior problems can be prevented. But if your parrot is already doing something you don’t like, here are some tips to help you change his behavior.

1.      Always remember that parrots do things for a reason. Sometimes it is to get something they want, like your attention. Other times it is to avoid something they don’t want to do. For example a parrot who doesn’t like to be touched may try to nip at a hand that is reaching out to touch his head. Try to figure out why your bird might be presenting behavior you don’t like. This will help you work on a solution.

Try these tips with your parrot and soon you will find behavior problems are a thing of the past.

Barbara Heidenreich has been a professional animal trainer since 1990. Her company Good Bird Inc (www.GoodBirdInc.com) provides parrot training DVDs, books and workshops. She has been a featured speaker in twenty countries and has been published in nine languages. Barbara also consults on animal training in zoos.

Posted by Barbara Heidenreich at 1:03 PM No comments:

Zia Pueblo in Need of Parrot and Macaw Feathers 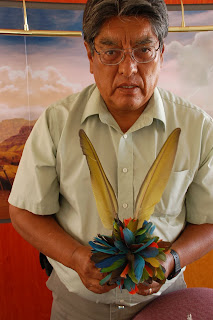 All my bird's molted feathers go to communities that use them for cultural purposes. I was fortunate to visit  two Pueblos and learn what a deep and meaningful gift this is to them.  The following is a special guest post by Celestino Gachupin (Natural Resources Director, former Governor, Pueblo of Zia) about how your unwanted feathers can have an important impact on an ancient culture. ~ Barbara

The Pueblo of Zia Indian Tribe in central New Mexico is one of the most traditional in the Southwest. Over the centuries we have maintained our cultural practices, a glue that binds our community together and to the land. The 122,000 acre Pueblo is situated in the steep mountains slopes and canyons of the Sierra Nacimiento Mountains. The geographic diversity of our homeland is stunning. (Even though you don’t realize it, you may have seen our Pueblo. As part of our economic development plan, we have an active location film set. The movies Wyatt Earp, The Missing, All the Pretty Horses, Dead or Alive, Desperado II, and the TV shows Earth 2 and New Eden were filmed in part or entirely on the Zia Reservation.)

Despite the strength and resilience of our culture, one element is in short supply: parrot and macaw feathers. As part of our cultural and religious dress and obligations, we use many types of bird feathers, including an abundance of these feathers. One might well wonder how a tribe many hundreds of miles outside the range of these birds has such a reverence for them. Our millennia old oral history relates the our origin and migration, which includes a deep connection with a band of our ancestors that migrated to Central and South America. 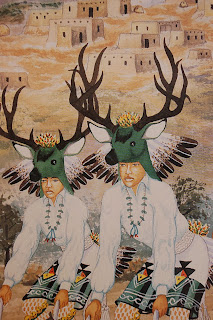 This oral history is backed up by archaeological evidence. Well-documented routes from southern Mexico, and parrot and macaw feathers unearthed at archaeological sites all over the Southwestern United States bear testament to the well-developed north-south trade. Macaws were moved from deep in Mesoamerica to southern New Mexico in a trip of about eight weeks. A second leg of the journey branching out to various Pueblos and sites in northern and New Mexico and Arizona brought the birds to their final homes. Young macaws were carried in baskets, protected from chilling, and fed chewed hominy, often directly from the keeper’s mouth, every few hours, day and night.  This early feeding relationship results in human-imprinted birds that are attached to their keeper. Ancient pottery motifs and the age of skeletal remains suggest that juvenile macaws were carried to these sites, raised there for almost a year, and then traded north just in time for religious ceremonies at the spring equinox. Many hundreds of macaw remains have been recovered from Zia and other Pueblo sites around New Mexico.  A much more detailed and fascinating article on this history can be found on page 20 of Ancient Knowledge of the Chaco Canyon Anasazi 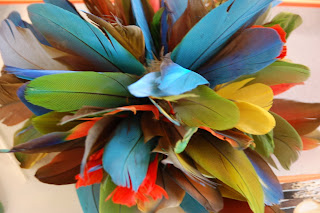 We treat cultural artifacts with great reverence, storing them in cedar boxes. Nevertheless, wear and tear, and additional use as one-time offerings mean a constant need for more feathers. We are grateful for any contributions, which are completely legal in the United States. Please send parrot and macaw feathers of any color and size (even very small feathers are appreciated and used). Send them in an envelope or tube mailer to the following address: