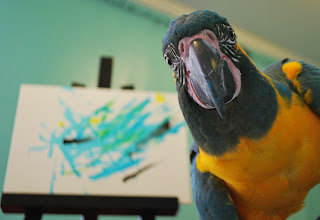 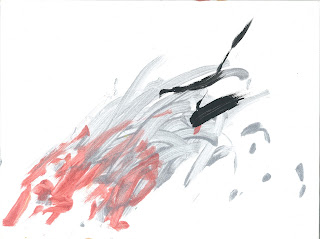 What a great cause too.

Best wishes in raising thousands for such a worthy cause.

What a great idea and project to have Blu Lu DO! She does a great job! I know I'm going to try to get some raffles for her work! I think I'll be at the AFA in San Antonio, too!

Congratulations, Blu Lu! What Great work you DO! Great job, Training, Barbara, as usual, a great idea! I know I plan on buying Raffle Tickets for one of these pieces. Are they signed by the artist? hehe. Maybe she can also start an art school for birds?

I think this project is terrific. I've purchased my raffle tickets! I'm fascinated with the idea of training an animal to paint. I'd love to learn more about how this specific behavior is trained in parrots and other animals too.