Memorable Moments with and for Animals in 2014 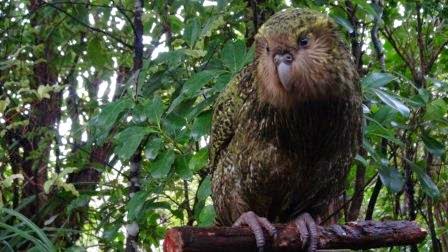 The year is not quite over yet, but it is hard to resist taking a trip down memory lane.  I usually like to reflect on my top three animal training related moments. This year, conservation initiatives took the top spots.

1. Working with Kakapo Chicks
Coming in it at number one has to be the opportunity to work with the Kakapo Recovery Program and this year’s chicks. Certainly training these youngsters was a thrill, but the real reward is being able to help merge science based training technology with conservation. These two fields are rarely intentionally overlapped, but the truth is there is a growing need for what trainers can contribute to conservation. One of our main goals is to reduce stress related to capture and restraint for kakapo health care. With today’s technology there are a number of ways we can accomplish this goal without impacting natural behavior adversely. Not only did we get started on this type of training with the hand raised chicks, we also developed a plan for parent raised chicks in the future.  I love that this dedicated team thinks about and explores such options. Check out these blogs to read more about the training we did with these amazing rare parrots.Why Train Kakapo?  and Powerful Parrot Training 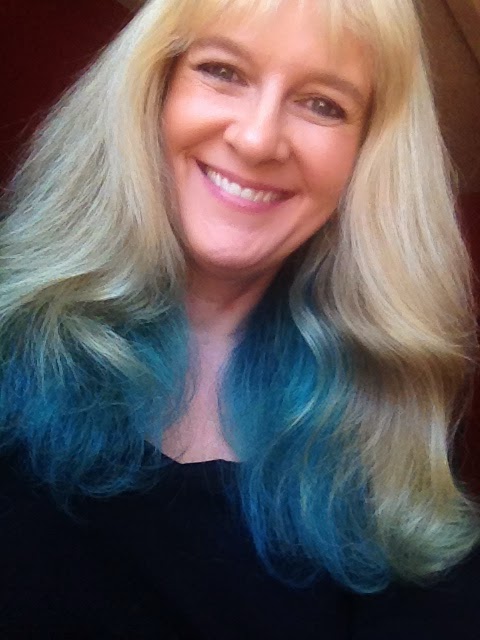 2. Blue Hair for Blue Throated Macaws
You gotta love viral internet campaigns. That ALS ice bucket challenge was my inspiration for the Go Blue for Blue Throated Macaws idea. Yes, I was challenged to dump ice on my head. And while I thought it was a worthy campaign, it wasn’t exactly my cup of tea. As I pondered what to do I found myself thinking about the charities I love and support. Of course my blue throated macaw Blu Lu and the Bird Endowment immediately came to mind. In jest, I texted a friend I should dye my hair blue and start a viral campaign to raise money and awareness for blue throated macaw conservation. As I was writing the text I thought “Hmmmm, I could be on to something here”. Next thing you know we have people all over the world dying their hair blue and donating to the Bird Endowment.  I never did actually find out how many people dyed their hair. But it was A LOT! And it was a blast watching people video challenge each other on social media. Some people really ended up with some amazing hair. The best news was that enough money was raised to support a bunch more nest boxes for blue throated macaws in the wild in Bolivia. The nest boxes have proven to be the most successful method of increasing the wild population to date.

3. Shaking Things Up in the Bird Training World
After 24 years as a professional bird trainer (plus another 8 years in animal care prior to that) you would hope one would learn a few things along the way. And I guess I did. I realized my current training practices were vastly different from what I had been doing for a good chunk of my career. This led me to explore the reasons why my training had changed.  Conversations with other trainers also made me realize those old practices I had left behind were a still a problem out there and they needed to be addressed.  Inspired by others I decided it was time to challenge some of the commonly accepted practices in bird training and asked the professional community to do the same.  In particular my concerns were about methods people have used for many years to create motivation for food.  I definitely ruffled a few feathers. I may have even lost a few friends over it. But I also gained new ones. Questioning some old practices started bringing amazing new people into my life. Ones who expanded my thinking about animal welfare and taught me there is so much more to learn. Some people openly attacked me in a professional setting and some hugged me with tears in their eyes, thanking me for saying what needed to be said. While it has been a bittersweet journey, (and an ongoing one) it counts as a very memorable moment for me in 2014. I am looking forward to a symposium some colleagues and I have put together on the ethics of creating motivation in animal training to further advance people’s knowledge on this important topic.

Bonus: Spending Time with Amazing People and Animals
2014 was the year of extensive travel. This meant meeting amazing animals and people from all around the world. They all have been the best teachers, mentors and inspiration. This year I had a walrus suck my thumb, a goat decide I was the object of his affection, a kakapo sit on my lap, and a giraffe give birth an hour after feeding her a biscuit to name a few fun animal moments. From people I learned about the evolution of animal emotions, had deep discussions about the use of time outs, LRS and no reward markers, discovered there are things trainers do that don’t exactly fit neatly into a category defined by behavior analysis and realized some kindred spirits live 1000’s of miles away in other countries, but are kindred spirits none the less.

I get to spend the rest of 2014 home with my animal family and friends.  I am enjoying spending my mornings training and caring for my companion animals and spending my afternoons developing new resources for those interested in training.  2015 is already shaping up to be an interesting year as well. Can it beat 2014? I can’t wait to find out.

Posted by Barbara Heidenreich at 12:59 PM

I bet working with the Kakapo chicks was a lot of fun!