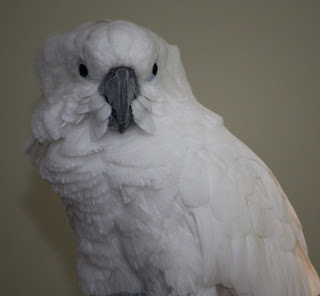 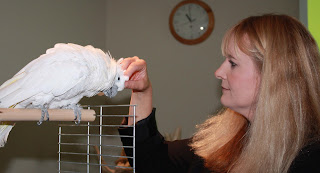 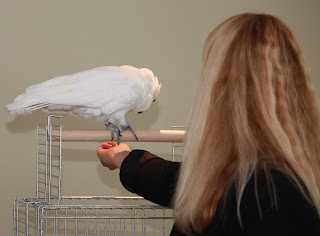 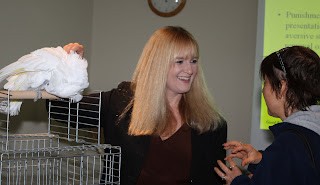 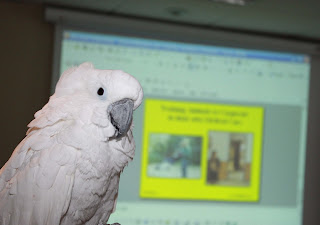 Great article, Barbara. My favorite part is where you found out after the fact that this bird is known for not liking women. :-) Guess you got past that ok. Thanks for writing this story. Christie

I also thought it was an awesome little story and i was amazed by the labels the bird had been given to the reactions that you got from the bird .. I thought that was veryyy interesting!! :)

Interesting article. Barbara, you are a perfect parrot trainer.

Sounds like the pygmalion effect at it's best. And probably worked out better that you had forgotten the cockatoos background.
Angela

What a great story! PR does it again! I'm going to have the pleasure and privilege of interacting with some birds at a rescue soon and am looking forward to using some PR to get to know them. Macaws, Amazons even a Moluccan Too. I'm nervous but excited. I'm hoping I can at least make a friend or two out of the bunch. Thanks for sharing your stories Barbara they are very inspiring.

Loved the story, Barbara. This is also true with humans. I teach 3rd grade and hesitate to read the little cards from the 2nd grade teachers that describe the child's behavior. 9 out of 10 times it is not what was on that card. I am learning so much from you. Thank you!